We’re entering the “gorpcore” chat maybe a little too late, but the arrival of this new brand left us filled with curiosity around the level of excitement it came with. We call it the Salomon effect, however, the theories around tech and performance wear surging as “cool and fashionable” products is everything but a new topic within the industry. More than wondering what could be the cause of what the VP of Arc’teryx, Dan Green, called “a huge wave of cultural appropriation of the outdoors,” we’re wondering what makes brands like Salomon, ACRONYM and now Arc’teryx the ones to lead the movement. (And become instant hits in-store). 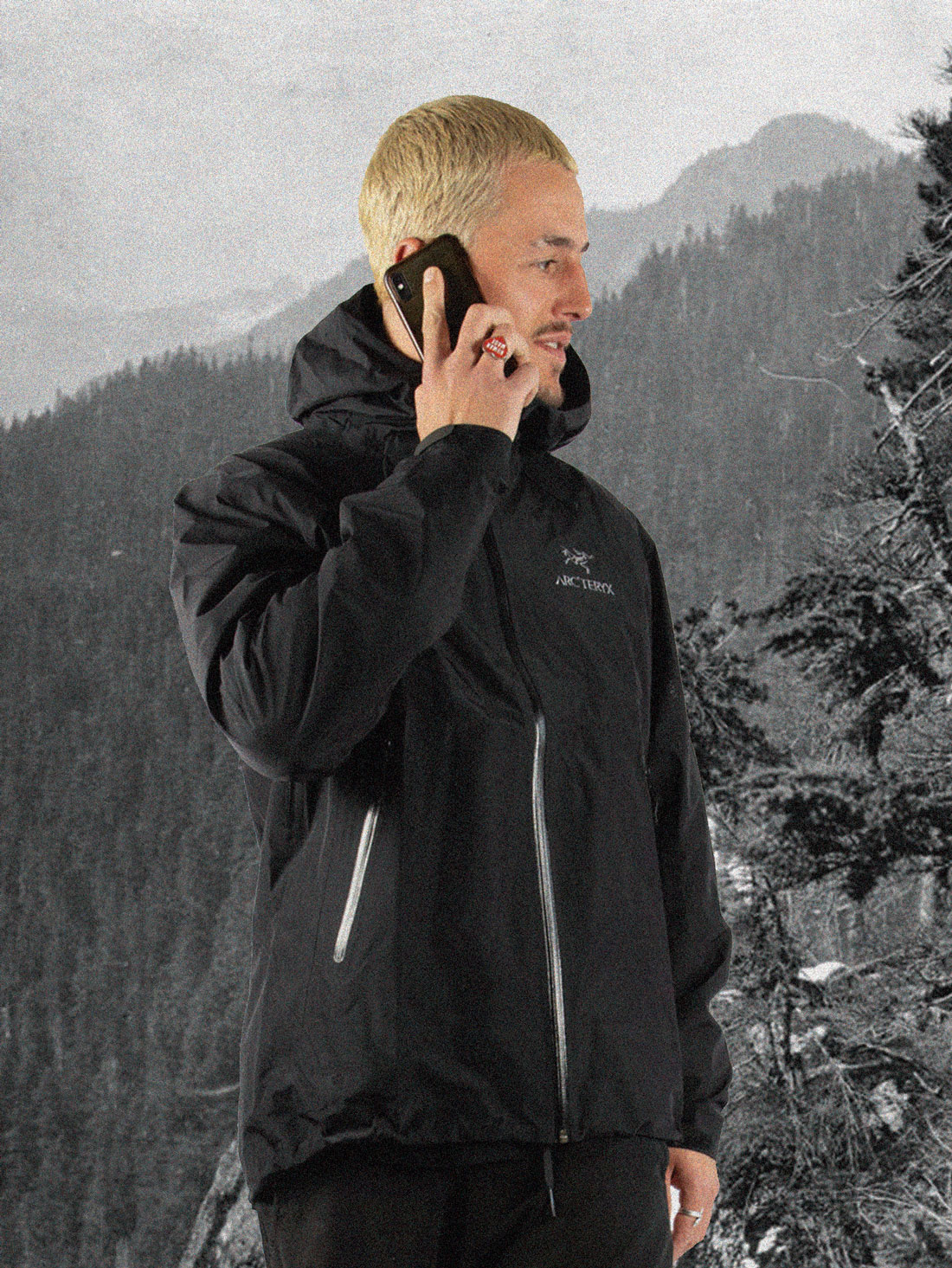 Let’s start with the obvious: what makes Arc’teryx amazing. Founded in the 80s by climbers native to the North Shore Mountains of Vancouver, the origin story is pretty straightforward and lays the perfect foundation for the brand’s ethos. The terrain consisting of Canadian coast mountains is one of the most accessible wilderness terrains in the world, or in other words, an often dangerous playground that requires top-tier gear fit for play and experimentation. It was David Lane who came up with the idea to create such gear under a company he initially called “Rock Solid Manufacturing”, and within two years of its inception he teamed up with Jeremy Guard to transform the brand under the name Arc’teryx. Seven years, four sewing machines, and a couple of climbing harnesses later, the duo launched the Alpha SV jacket using a GORE-TEX license. This was not only their first apparel item but also the most advanced alpine climbing shell sold at the time. The rest is history. 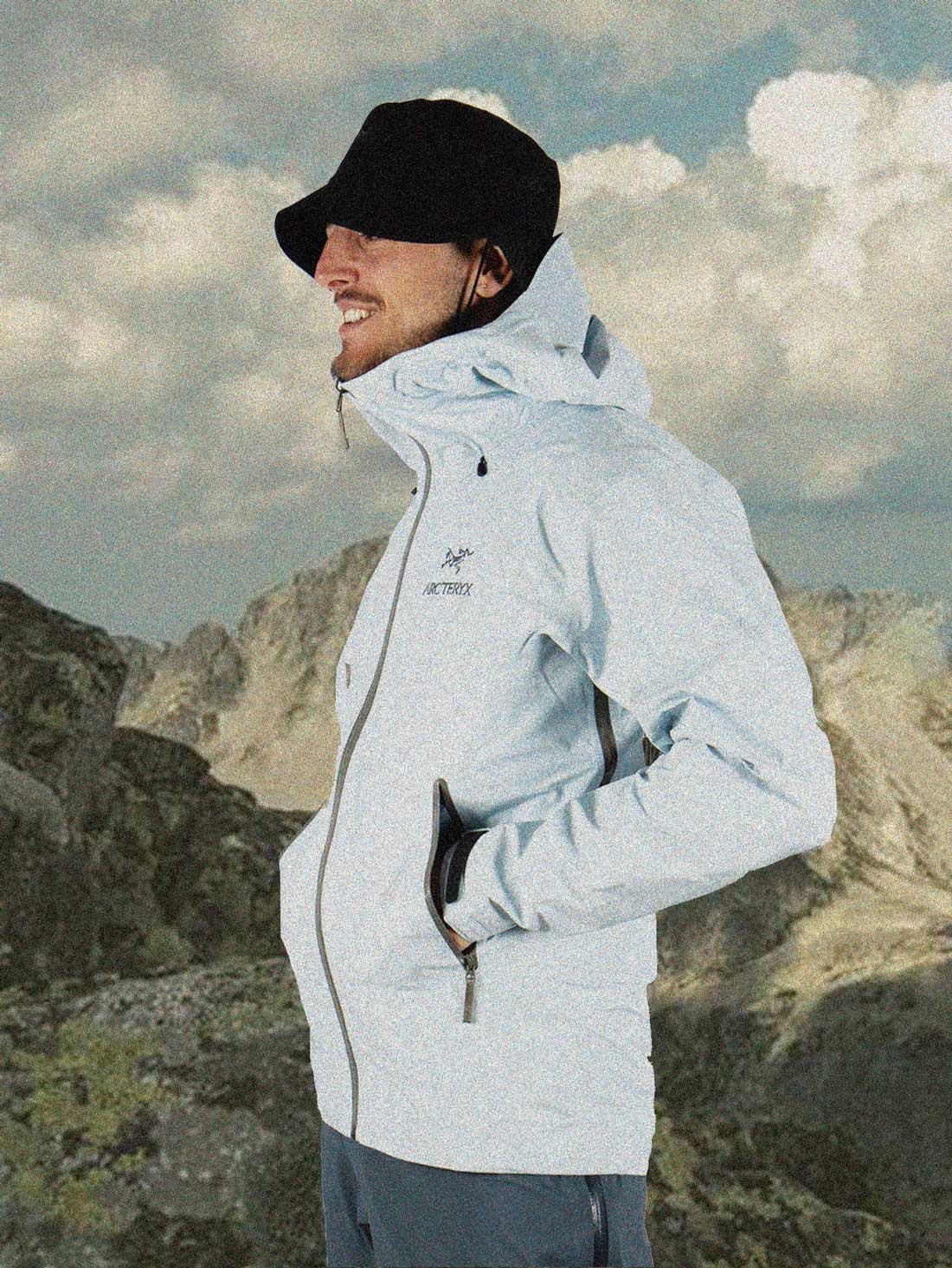 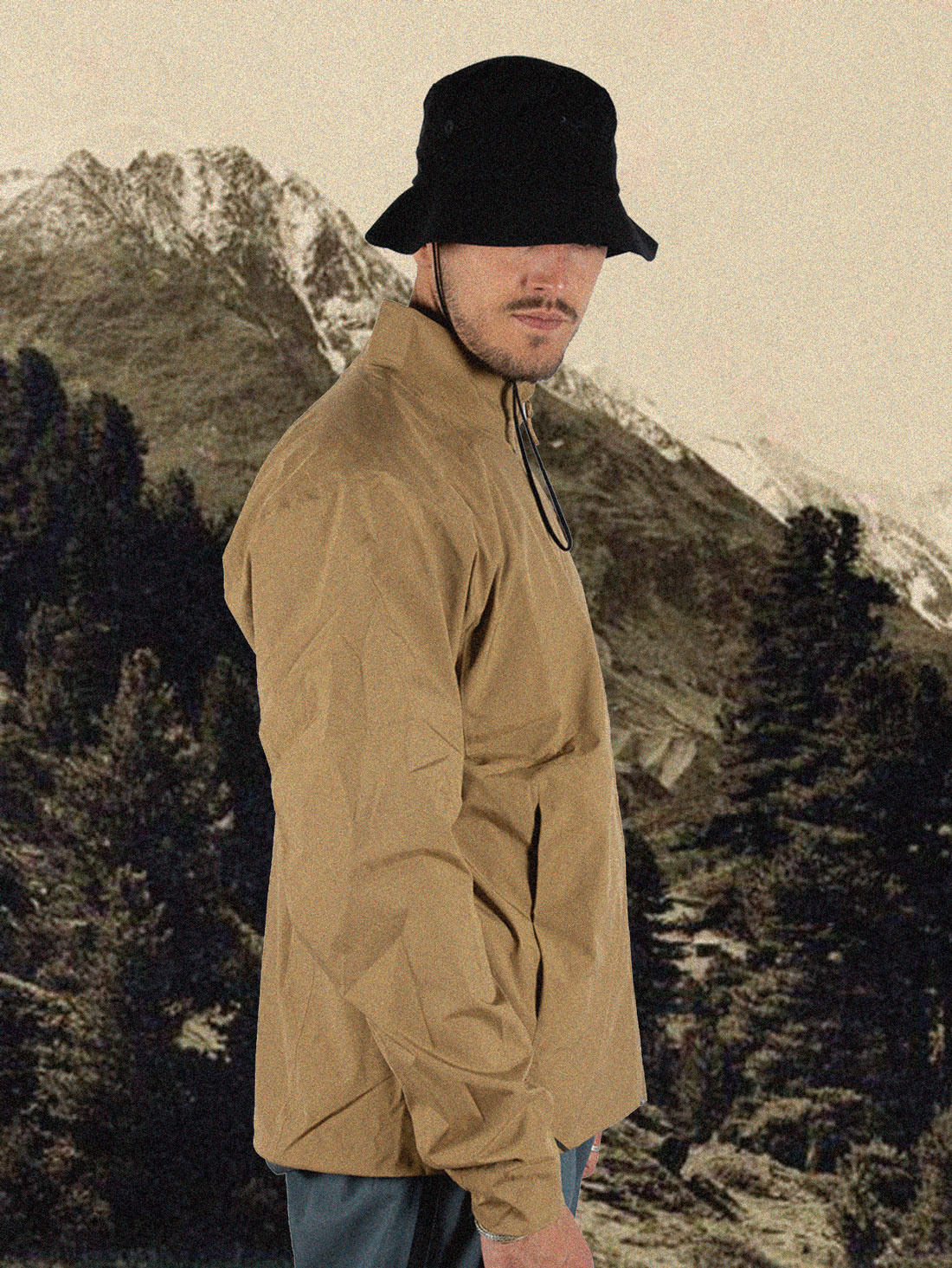 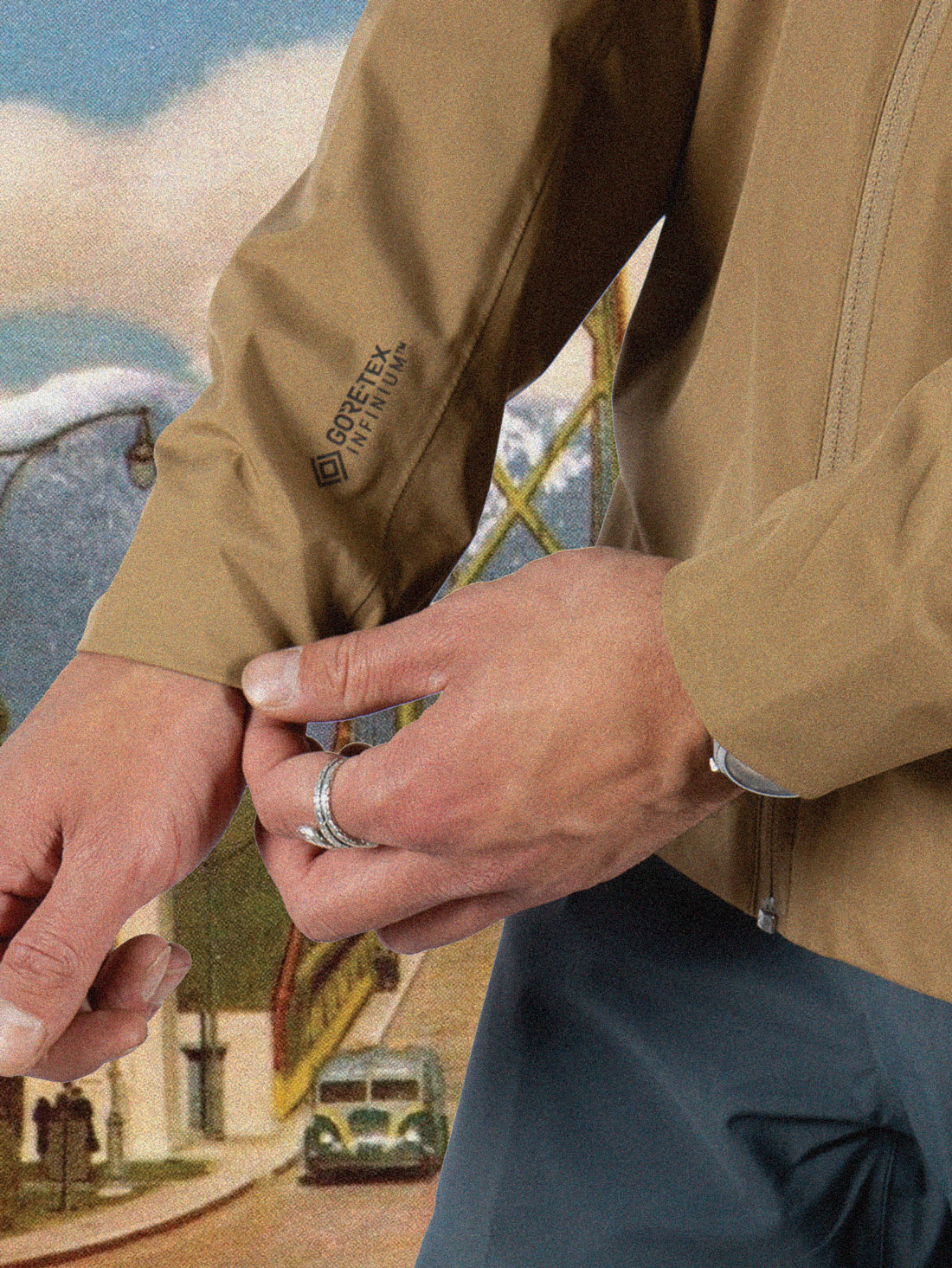 A visit to Arc’teryxs website will contaminate anyone with the excitement they have for the creation and perfection of their product. As proof of their obsessive nature, the detail to which they explain what they are doing is arguably more interesting than the degree to which those things are different from their competitors. And since each of those things are, in fact, extremely innovative; you can only imagine the magnitude to which passion leads the way. They offer, for example, a transparent overview of their production process that includes meticulous rounds of quality control by specialized craftsmen and the testing of fabrics. Similarly stating the construction of one jacket can consist of around 190 operations, 24.149 minutes spend cutting, 222.157 min spend sewing and 32.375 min spend finishing by around 67 operators.

Making sure everything down to the design of the machinery remains in-house, is key to the brand's strict vow made to consistency. The process dubbed “precision manufacturing” always starts with a need and is followed by a critical rethinking of what is already there and what purpose it's serving. Design centers in locations including beyond Vancouver also Tokyo and Munich, consist of indispensable players that fill the shoes of material experts, pattern makers, and engineers, to name a few. These “hubs” are also used to test products and ideas both together with experts and professional athletes. 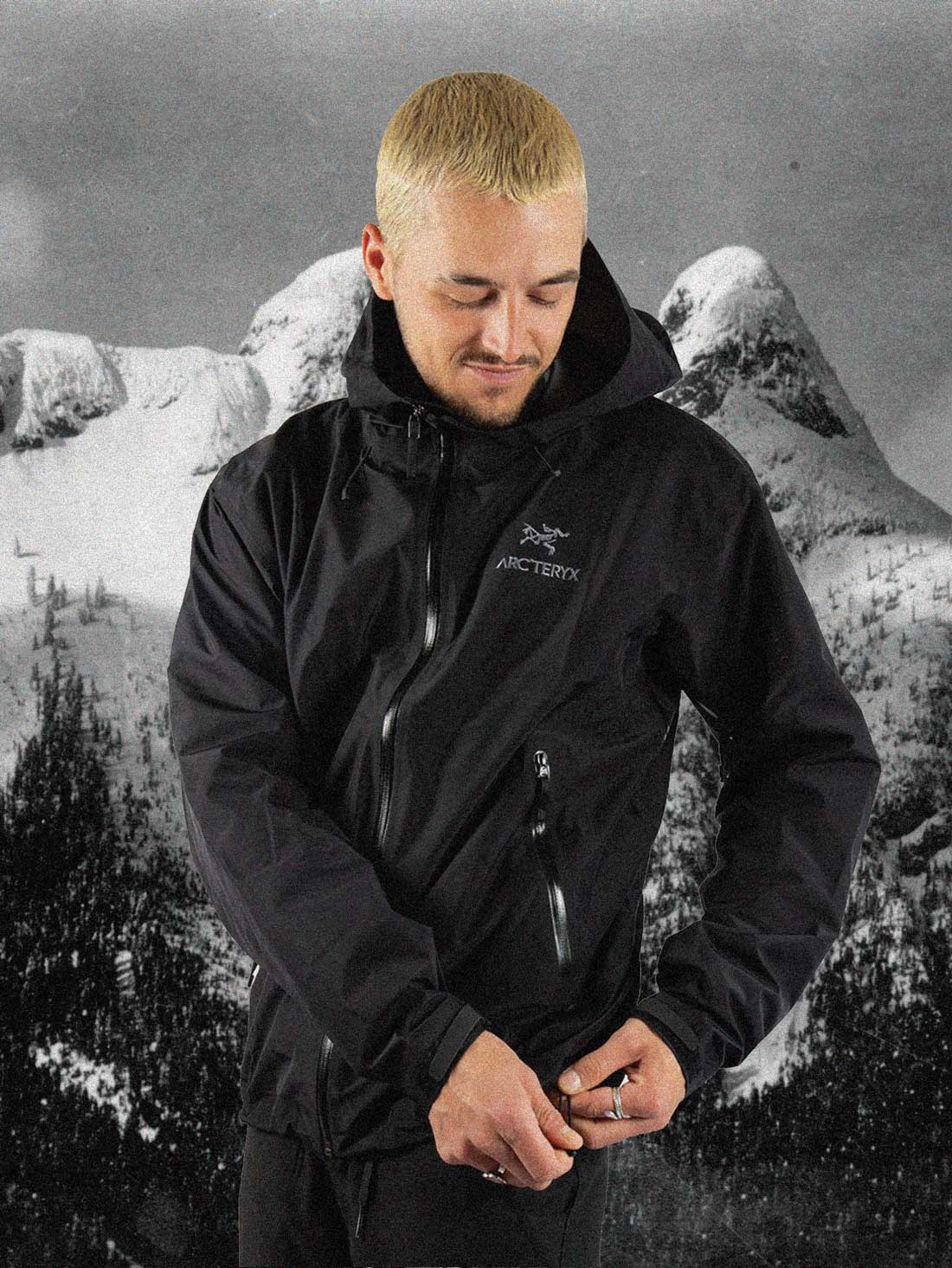 The brand’s design philosophy is, in essence, the tunnel vision called minimalism with the simple goal of creating the “finest product possible,” even if that means constantly having to push the boundaries to create what doesn’t exist yet. Arc'Teryx' name and logo are a constant reminder of this vision as they are a representation of the first bird to evolve from reptiles called: “Archaeopteryx Lithographica.” It not only reflects on the topic of innovation but also on the brand's focus on intuitive design and timeless quality. The latter is even supported by a “Made by Arc’teryx” label found inside of each product to both validate its authenticity and provide its owner lifelong warranty.

Like many devoted performance brands, Arc’teryx amassed a cult following within the adventurist space, many of whom aren’t too fond of their popularity amongst the cool kids. It’s old news, a dismissive “have you ever been on a hike" is just another version of “do you even listen to that band.” Besides an exclusive list of “organic” collaborations that consist of only Jil Sander, Beams and Palace, as well as the creation of a more casual and urban "Veilance line," the brand stands with its OG supporters, and is in reality not doing anything to be cool as they are too busy “building a 100-year-old-brand.” According to them, it’s that authenticity that is to blame for their success. 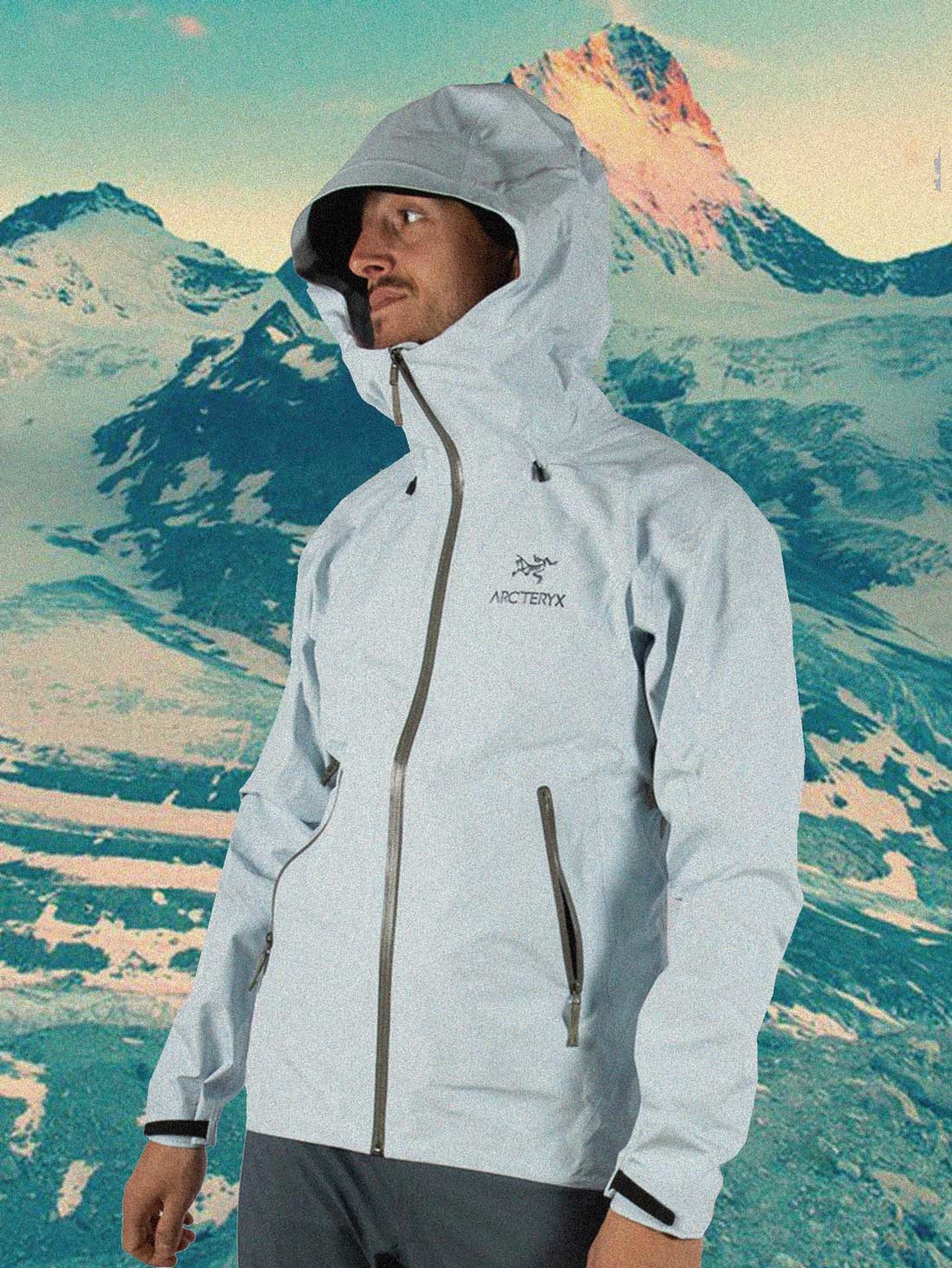 Those who argue it was Frank Ocean wearing it to the off-white show in 2019 that launched a butterfly effect ending in the TikTok trend that landed #Arc’teryx close to 220 million views in the past year are missing the point. There’s something about these effortless niche styles that make them undeniably cool to be a part of. Is it that they fly under the radar for the average Joe and only those who know, know about it? Anyways, what’s cooler than the effortless. Are the brands trying the least to convince us, the most convincing?

Here to complement the previous delivery are two stand-out pieces fit for summer. First up, the SP29-M shorts, packed with countless hidden pockets an...

In our first 'Get-To-Know' column we dive right into our Store Manager Joshua's mind. There's a big chance you've met him on the shop floor already, m...

We’re entering the “gorpcore” chat maybe a little too late, but the arrival of this new brand left us filled with curiosity around the level of ...